Hi today’s topic is all about toilet slang. Now you might think that learning different words for the toilet and how to describe going to toilet is disgusting and unnecessary, and it’s true that you can survive without it. However, the reason I’m teaching you this is because people do use different words in different situations and with different people. For example, you don’t want to use a too formal word at a party in front of close friends when drinking. And you don’t want to use an expression that would make a girl you want to date disgusted.

There a lot of words to describe the toilet. Let’s go through these words first of all starting in order of the most polite. The gents/ the ladies, the washroom, the restroom, the lavoratory, the loo, the bog, the john, the can, the crapper, and the shitter.

The gents is short for gentleman and is obviously the men’s toilet. The ladies is the most polite way to describe the toilet for women. If you want to be polite in public you can say “excuse where is the gents?” or if you are a woman, you will say “excuse me where is the ladies?”.  But if you’re a young person at a party or drinking with friends this is probably a bit too formal.

Other polite ways to say where is the toilet is “where is the restroom?” or “where is the washroom?”. Don’t ask me why it’s called a restroom as it’s not the best place to take a rest, it can get a bit stinky. But again these words are what you use to be polite and are more often said by women. To be honest I’ve never heard a man say restroom or washroom except in very formal occasions.

You can say “where is the bathroom?”, but this is more appropriate if you are in a house and you don’t know where is the toilet.  Obviously public toilets don’t have a bath or shower inside so they are not really bathrooms.

Slightly impolite ways to describe the toilet include “where is the John?”. People say this because a guy called John invented the toilet. So they name it after him. However, to say “I’m sitting on the John is slightly rude because it is someone’s name after all.  I’ve actually never heard anyone in England say “the John”. But I do often hear it in American movies and TV shows, so I think this is American slang.  In American TV shows I also hear them say “I need to use the can”. I guess because the toilet is in the same shape as an open can.

What you will hear in England a lot is people saying “I’m going to use the bog”. This is an impolite way to say the toilet although it’s very often used by working class people. Working class people are people who work hard and who don’t have a lot of spare money. Often they don’t like being too formal or polite and they will say bog. A bog is what they used in old times. It’s just an open hole in the ground which people used as a toilet. So you can see why some people might find this word disgusting. But generally the word bog is ok to use around most people. Don’t say it if you are trying to impress a girl on a date or if you are at a formal dinner party or something. But in informal situations its ok.

The rudest ways to say the toilet are “the crapper” and “the shitter”. Crap means rubbish or poo and it’s a mild swear word. Most people don’t consider it as a swear word but some parents still don’t like their kids saying crap. Obviously shit means the same as crap but in a more rude way. So if you say “where is the crapper?” or “where is the shitter?” then you are basically saying “where is the hole that I do my poo”.  So please only say this in informal situations such as when you are out drinking alcohol or if you are with close friends that like to swear a lot. Certainly don’t say to a waitress in the restaurant “excuse me where is the shitter?”.

Ok that’s the words to describe toilet. Now a lot of people just say “I’m going to the toilet”, but some people choose to describe the action.

Sometimes you do have to tell people that you need a number 2, especially if you are with a friend in a restaurant. You don’t want them to be waiting a long time for you with no explanation. So you can just say “I might be a while, I need a number 2”. Apart from that I don’t think there are any other polite ways to say it.

Kids often say poo or poop and there is nothing wrong with that. If you are around kids a lot you will often hear them say to their parents “I need a poo”. That’s ok, but for an adult to say “I need to poo” it sounds a bit childish.

In England one of the most common ways to say “I need a poo” is “I need to take a dump”. Most of my friends say this, and it’s because you are literally dumping your waste into the toilet. It’s not really a polite way to say it but its ok to say around friends.

Friends also say “I need to take a crap” or “I need to take a shit”. Never say this in a formal environment buts around close friends its really quite normal although a little rude If you are studying at a university, I imagine this is what most students will be saying.

That’s it for a number 2 but there is one important word I need to teach you. That is “floater”. You will often hear unhappy people saying “hey who left a floater?”. That just means that they have gone to the toilet and seen some poo remaining in the toilet. Sometimes people just don’t flush the toilet, and other times maybe they did flush but it didn’t go down. Either way this poo is called a floater if someone else sees it. Actually, I went to a restaurant once and one of the coffees on the menu was named “the floater”. The ingredients sounded delicious but I couldn’t order it because of that name.

Some ways to say I’m going to take a number one include “I need a wee”. In fact this reminds me about the Nintendo Wii. I asked my gran if she wanted to play with my Wii and she slapped me in the face. She thought I was talking about my piss.

Anyway, I guess most commonly people in London refer to it as piss. For example “I need a piss”. It’s a little impolite maybe, but its normal.

Other more clever expressions include “I need to take a pit stop”. You say this if you are travelling and you suddenly need a number 1.  In formula 1 racing, a pit stop is when cars quickly change their tyres. So if you say you need a pit stop it means you need to stop for a quick number 1. This is actually a pretty good and polite way to say it.

When I was at uni this phrase was popular with students. “I need to drain the snake”. It just means they need a wee. And yes as you can imagine snake is a metaphor for dick because it’s in the same shape. Many students think it’s cool to say phrases like this. Other common ones among students include  “I need to take a leak”, “I need to take a wiz”, and “I need to take a slash”.

Although you may never use these phrases yourself I think it’s important to know what these phrases mean. For example, when I was at a university party, one guy said “I need to drain the snake”. One person thought he was going to see his pet snake. I explained no he hasn’t got a pet snake, he’s just going to the toilet.

The Gents  = polite way to say Men’s toilet in public

The ladies = polite was to say women’s toilet in public

The Can = (American slang – disgusting way to say toilet)

The Shitter   = (Rudest way to say the Toilet)

I need to spend a penny =  (polite way to say you need a wee, but used mostly by people over the age of 50)

These podcasts are designed for international students, so that they can be exposed to the way that local English people speak.

Proofessor is a  UK based company that specialises in providing a high quality academic proofreading service.

Your essays, dissertation, thesis and other documents are all welcome.

From there you can click on samples of each service so that you know what to expect. 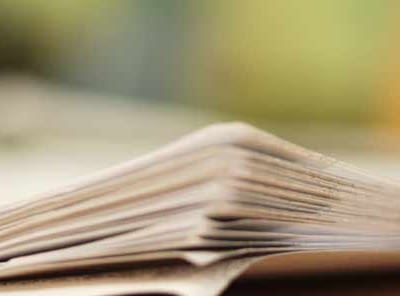 We use track changes when completing the work. The following steps will…
Continue reading
Prev. Post
All Posts
Next Post
No Comments